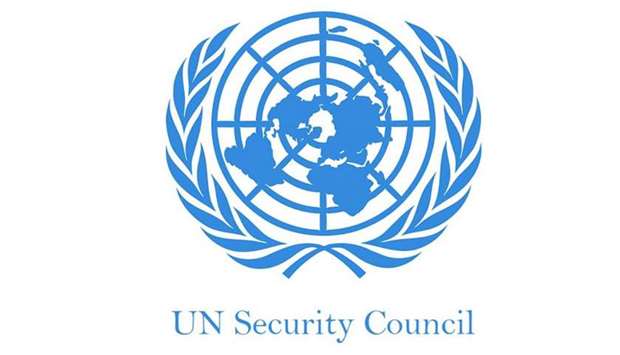 The United Nations Security Council passed the 9thresolution on Women, Peace and Security (WPS), UNSCR 2467, on April 24th, 2019 after extended backroom debate. The draft resolution was put forward by Germany and supported by France. Over the last month, there has been significant engagement with both the resolution and how it was passed, with many academics and activists focusing on the drawbacks and what was lost in the process of passing the resolution, and with some questioning the utility of the WPS agenda.

Despite these real and very important critiques, the resolution contained some key strengths. One previous resolution (Res 2106) made a brief recognition that men and boys may be victims of sexual violence in conflict, but 2467 discusses male survivors at some length as well as emphasizes the unique needs of male survivors and the current lack of provisions available. This is a critical development, as support for male survivors is sorely lacking in most conflict and post-conflict contexts. A resolution that acknowledges the needs of men and boys and recognizes the violence they experience as sexual and gendered indicates at least some measure of political will toward addressing their needs.

Similarly, while previous resolutions acknowledge that women may become pregnant as a result of conflict-related rape, Res 2467 emphasizes the needs of children born of this violence, acknowledging the stigma and discrimination they bear as well as challenges such as statelessness and economic disenfranchisement. Children born of rape are rarely recognized as survivors of conflict and the intergenerational harm of conflict-related sexual violence has yet to be meaningfully addressed in most regions. Res 2467 provides an opportunity to draw attention to the needs of children and young people born of violent relations in war.

Res 2467 is also the first resolution to discuss economic marginalization in multiple paragraphs, including as contributing to women’s experiences of sexual violence both within and outside contexts of conflict, and for survivors of conflict-related sexual violence. While previous resolutions made no mention of poverty or the economic needs of survivors, 2467 moves in the right direction by considering structural harms and vulnerabilities that contribute to gendered violence in conflict. The resolution also emphasizes the importance of arms control and responsible arms trade, echoing the original spirit of Res 1325 and its broader aims of demilitarization.

Res 2467, more than any previous resolution, considers sexual violence in conflict as existing on a continuum between peace, conflict, and post-conflict contexts, recognizing that support and action must be taken in all periods to address violence and discrimination to keep women safer during times of war. In the open debate, all the above points were emphasized by numerous speakers and Ms. Pramila Patten, UN Special Representative on Sexual Violence in Conflict, also specifically discussed the importance of reintegration and support for survivors of forced marriage and sexual slavery following their escape or release from captivity. Research conducted by the Conjugal Slavery in War partnership project documents the social exclusion and marginalization often experienced by survivors of abduction for forced marriage. This research has shown that, across contexts, survivors require ongoing support, access to financial reparations, education, and healthcare to rejoin their communities. Attending to these needs is an important and laudable development toward a more inclusive and multifaceted understanding of sexual violence in conflict and its effects.

Both the draft resolution and speakers in the debate emphasized the importance of including women in peace processes, amplifying their voices in political spaces, and integrating women into peacekeeping missions. These statements fell rather flat, however, as every representative for the 15 member states to the Security Council was a man. The reality of 15 men on what is arguably the most powerful decision-making body in international politics decrying the lack of women involved in political decision-making in conflict-affected countries was resonant. This was particularly disheartening when considering that important language assuring reproductive rights for survivors of sexual violence was removed from the final resolution, relegating, once again, women’s bodily autonomy to the decision making power of men.

The original draft resolution included provisions for sexual and reproductive healthcare for survivors, including access to emergency contraception and safe termination of pregnancy. The version circulated shortly before the open debate removed mention of contraception and abortion, but did include sexual and reproductive healthcare as a crucial component of survivor-centred care following sexual assault. It became clear early into the open debate and from audience members who received a hard copy and were tweeting from the gallery that all mention of sexual and reproductive care had been stricken. This was done at the insistence of the United States who stated that they would veto any resolution that contained this language, despite it being previously agreed upon in earlier resolutions. Outrage followed, with many researchers and practitioners questioning what was lost through these concessions, and whether it was worth it for the sake of passing another WPS resolution.

In addition to the omission of language on necessary sexual and reproductive health protections, the Canadian representative also raised concerns that the needs of LGBTQI persons were not included and Ms. Pramila Patten admitted that, despite the eight previous resolutions, little has changed in relation to sexual violence in conflict. If we are unable to secure Security Council support for already-watered down language relating to post-sexual assault care, if the earlier resolutions made negligible impact on preventing sexual violence, and even in 2019 there is little thought given to the vulnerabilities of LGBTQI persons, what is the normative and progressive potential of the resolutions?

Four years have passed between Res 2242 and 2467 and during this time developments toward recognizing the needs of male survivors and children born of rape were clearly achieved, as was an understanding of sexual violence in conflict as occurring on a continuum between peace, war, and post-conflict. However, we remain in a bind between making progress toward a survivor-centric understanding of sexual violence in conflict and the continuing limitations that come from the regressive politics of one of the permanent members. As long as we continue to have all or mostly male representation at the Security Council and permanent members have veto power, the Women Peace and Security resolutions will continue to be a reflection of entrenched geopolitical and gendered power relations, albeit with important indices of the hard-won progress so many have spent their lives fighting for.