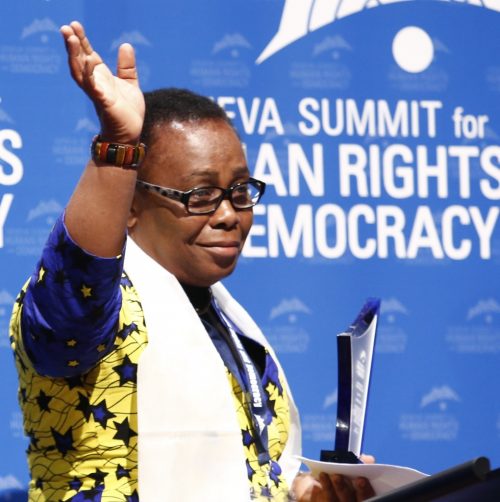 Julienne Lusenge is the President of Female Solidarity for Integrated Peace and Development (SOFEPADI), a coalition of 40 women’s organizations in the eastern provinces of the Democratic Republic of Congo (DRC). Julienne works tirelessly to manage the coalition as it fights for an end to sexual violence in the DRC. Julienne became an activist in 1998 when inter-ethnic war arrived at her doorstep. After witnessing members of armed groups raping and brutalizing women in her community, Ms. Lusenge was compelled to act. [More here]